CORAL REEFS IN THE MICROBIAL SEAS

by Forest Rohwer, with Merry Youle
Illustrations by Derek Vosten

For millennia, coral reefs have flourished as not only one of the planet’s most magnificent ecosystems, but also as its most biodiverse. However, since the 1980s the corals have been struggling. Both coral bleaching and disease have spread globally. During recent research expeditions to the remote Line Islands, microbial ecologist Forest Rohwer and his colleagues found that the large-scale changes to the reefs in recent decades are the work of the microbes as they respond to various human impacts. Coral Reefs in the Microbial Seas is the first book to recount this story, complete with introductions to the coral reef ecosystem, 21st century metagenomic research tools, and the coral’s microbial and viral partners. An engaging book, its science is liberally spiced with artistic illustrations and playful stories from the research expeditions.

Find our book on Amazon

This book brilliantly captures the lives of both coral reefs and the scientists that study them. It is a 21st century version of the “Log from the Sea of Cortez”—full of wisdom and humor.   — Nancy Knowlton, Staff Scientist Emeritus of the Smithsonian Tropical Research Institute

…a blessedly clear and concise book that beguiles you with love for sea and science, even as it delivers critical details, tiny and large, of what is happening in our world’s waters.   — Alan Weisman, author of The World Without Us

The writing style is excellent, so much so that an intelligent reader with no previous knowledge of coral biology or microbiology can appreciate the beauty, importance and complexity of the coral holobiont (the coral host plus its associated microorganisms) and coral reefs.  — Eugene Rosenberg, Professor, Department of Molecular Microbiology and Biotechnology, Tel Aviv University 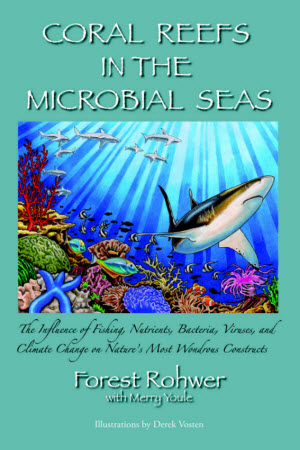