Leaders of the three main research teams—the Benthics, the Fish, and the Microbes—explain some of the whys, hows, and wherefores of their planned research for the 2010 expedition to the Northern Line Islands. These plans are the product of not only years of prior research, but also many months of preparation: designing and building equipment, ordering supplies, working out every detail of the experiments, testing prototypes and protocols, creating contingency strategies, and more. 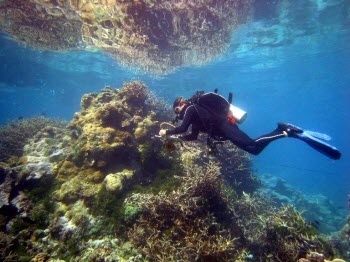 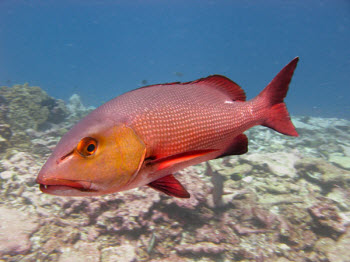 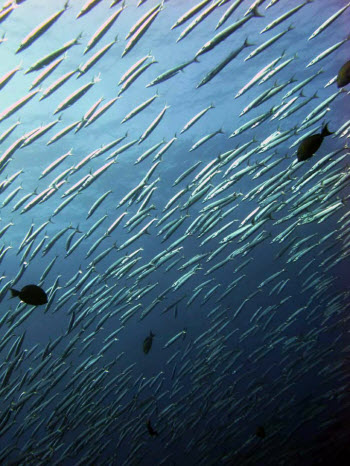 Fish are perhaps the most charismatic members of the coral reef community, providing much of the color and motion that characterize reef habitats. This beauty and activity delights divers, photographers, and nature enthusiasts around the globe. For people living near to coral reefs, the fish also provide an important source of protein for fishermen and their families. In fact, it is estimated that coral reef fisheries supply more than half of the protein consumed by people in coastal tropical regions. From the perspectives of both wildlife conservation and human welfare, it is essential that we understand how best to manage reef fisheries to maintain their structure (relative species diversity, size distribution, etc.) as well as their productivity.

The impact of fishing on fish assemblages is pretty straightforward. If you remove fish from the ocean, there are fewer fish left. We have seen this in countless surveys and studies from across coral reefs. With more active fisheries, the total fish biomass is reduced with the big-bodied, long-lived, predatory species (like groupers, snappers, and sharks) suffering the brunt of the impact. We like to catch larger fish. We like to eat predatory species. And, in many places, we tend to fish beyond the limits of sustainability for the fish community. A critical goal for coral reef fisheries science is to maintain the productivity of the fishery by avoiding overexploitation while continuing to make use of it as a critical source of protein.

The majority of what we know about reef fisheries came in the form of ecological snapshots recording what fish are living in a region, how big they are, and how abundant they are. These snapshots are valuable for conservation (are rare species present?), but are not sufficient to describe the current state or the potential of a fishery. We also need to know how fast the fish are growing, how fast they are reproducing, and whether the current rate of harvest is higher or lower than these rates of growth. If during one year we take out more fish biomass than is replaced, we can predict that the next year there will be fewer fish. Just like we try to balance our budget to keep the expenditures less than or equal to the income, we need to ensure that our reef harvest rate is less than or equal to fishery productivity.

To manage fisheries, we have to know about the productivity, not just the structure, of the fishery. The expedition goal of the Fish Team is to estimate the productivity of reef fisheries at atolls that display a gradient of fish assemblage structure. From previous work we know that there are fewer large fish on the reefs at inhabited atolls than those near uninhabited ones. But knowing that there are bigger fish with greater combined biomass tells us only a portion of the story. We need to know whether these larger fish are growing (and thus are productive from a fisheries standpoint) or whether they are large and old, but not growing. Likewise, we need to know whether the smaller fish that are so numerous around the inhabited atolls are rapidly producing new biomass that can be harvested, or are they merely static grams of fish swimming about a reef but contributing little to the productivity.

Therefore, our surveys during this expedition will test whether the steep gradient of fish assemblage structure across the Line Islands is coupled with a comparable gradient of fishery productivity. Or might there be some interesting and as yet unknown 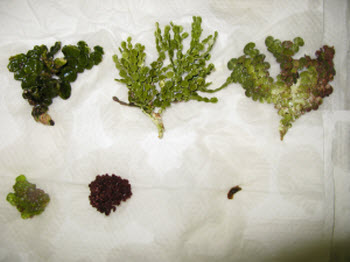 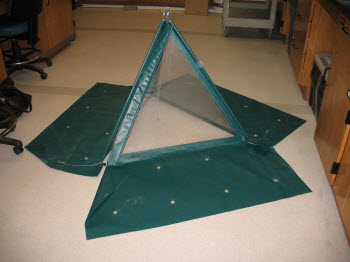 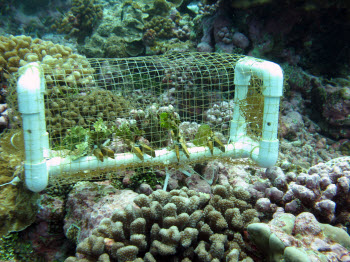 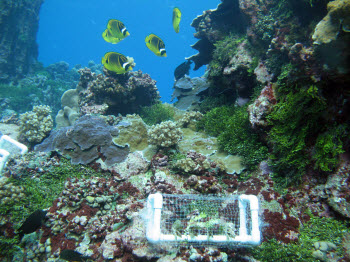 In 2005, members of the Benthic Team participated in the first research expedition to the Northern Line Islands. One of most striking findings from this expedition was just how much the coral reef communities differed from atoll to atoll. Most strikingly, the atolls inhabited by people had fewer reef-building organisms (both corals and crustose coralline algae) and more fleshy turf and macroalgae (seaweeds). We hypothesize that this is a result of local human impacts (fishing and pollution) on the inhabited islands. Of particular concern is the likelihood that these changes are reducing the ability of the reefs to recover from stressful events such as the coral bleaching triggered by the warmer temperatures associated with climate change. Many questions still remain. Our focus for this 2010 expedition is to determine how these observed differences between atolls affect the health and productivity of these reef ecosystems.

We study mainly the benthic organisms that live on the sea floor or on the reef structure. Many of these are, at least in part, primary producers, that is they are able to carry out photosynthesis. In that process, they convert carbon dioxide (CO2) and sunlight into complex, energy-rich sugars, i.e. they are said to “fix” carbon by converting it into the form of usable food. These “seaweeds” and marine algae form the base of the coral reef food web. The sugars they produce are consumed by other organisms on the reef, the captured energy flowing up through the system to the top level consumers. Photosynthesis also produces oxygen (O2) as a by-product; the amount of O2 released indicates of the amount of carbon fixed. New carbon fixed becomes new biomass and is a measure for ecosystem production.

There are hundreds of species of marine algae at the atolls we will be visiting, each with their own unique physiological requirements and rate of photosynthesis. Reef building corals are also, at least in part, primary producers thanks to the microscopic algae that live as symbionts inside their cells. These algae, the zooxanthellae, photosynthesize actively and translocate up to 90% of their fixed carbon directly to their coral hosts. If the corals had to depend on hunting the relatively scarce plankton for all their food and energy, they would not be able to grow and build the reef structures fast enough to stay ahead of erosion. Thus the rate at which the corals deposit new skeleton (the calcification rate) is another measure of reef production. Other benthic species that are not primary producers rely entirely on carbon fixed by others. Rather than producing O2, they consume it and simultaneously release CO2. So, ultimately the amount of carbon fixed and consumed and the amount of O2produced and taken up in the reef benthic zone will depend on what organisms are present.

Our primary goals are to determine how primary production, carbon fixation and consumption, and calcification differ on reefs within the Northern Line Islands that are experiencing varying levels of disturbance by humans. A daunting task! To achieve this, our team will undertake a number of experiments.

(1) Measuring the community rates of respiration, photosynthesis, and calcification in situ using our custom-built reef tents known as cBATs. We worked with some brilliant engineers to develop these innovative devices. Each cBAT provides a transparent chamber that can be securely attached to the reef to seal off a 1 m x 1 m x 1 m area for monitoring for a period of time. Underwater sensors deployed inside the chamber will continuously monitor temperature, salinity, dissolved oxygen, and pH. We will also withdraw water samples at various time points though a sealed port in the side of the chamber. Afterwards we will determine the species composition of the plot and harvest all of the algae to determine the algal biomass present. From these data we will be able to compare the amount of photosynthesis and respiration taking place in equivalent plots studied at all of the atolls.

(2) Measuring the growth rates of common species of algae at atolls with varying levels of human impact. At each site we will conduct small experiments known as DAWGS (Deployed Algal Weight Gain Studies). For each, we collect small samples of algae of equivalent size and place them in individual cages that protect them from grazing. After 2-4 days the samples are collected and the algal growth rates determined. This compares production by the same types of algae under the differing conditions found at each atoll.

(3) Comparing the physiology of the same species of coral and algae collected from the various atolls. Here we will measure rates of photosynthesis and respiration under standardized conditions on board ship. Will we find higher rates of growth and photosynthesis for algae collected from sites with a higher input of nutrients? Will we see evidence that corals are feeding more by hunting at sites with a higher abundance of plankton prey? To answer these questions, we will obtain standard photosynthesis versus irradiance curves for coral and algal samples incubated in individual temperature-controlled chambers. 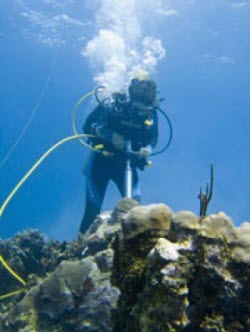 While the present-day benthics study the physiology of the benthic organisms under different human and oceanographic influences today, the paleo-benthics will be looking back in time to observe benthic productivity in the Northern Line Islands over a much longer time scale. Their sampling methods will include drilling into very large—thus very old—live corals. Using an approach akin to counting tree rings, they will interpret this historical record to reveal the past growth rates of corals. Their data will tell us how growth rates of corals changed across these islands when humans arrived. Additionally, by harvesting large samples of dead reef rubble they will be able to reconstruct how the reef communities have changed over time. 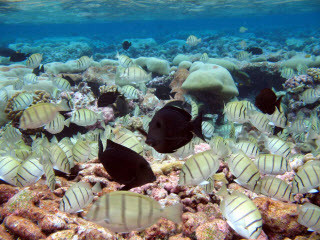 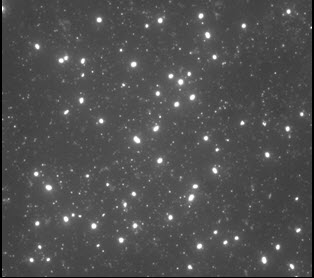 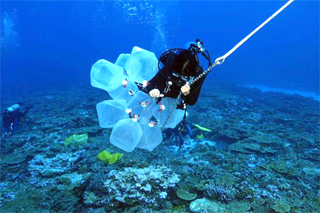 The 2005 microbial survey of four atolls in the Northern Line Islands made it quite clear. We can have reefs with fish and corals, or, if we prefer, we can have dead corals in a microbial soup. Microbes are an essential part of a healthy reef. They’re everywhere—on the corals, on the fish, in the water. At pristine Kingman Reef, the microbes contribute to reef health and production. On the degraded reefs at Christmas, it’s a different story. Here there are many more dead or diseased corals and ten times as many microbes—more of which are pathogens. What is it that humans are doing that caused this shift in the microbial community? And how do these microbes kill the corals? This prior work led to our hypothesis about the interplay between fishing, algae, microbes, and coral death.

Editor’s Note:  For more about the findings of the 2005 expedition, as well as engaging stories from behind-the-scenes, check out Forest’s recent book, Coral Reefs in the Microbial Seas.

The premises guiding our research for the 2010 cruise are fairly simple.

Coral reefs should have LOTS of fish. Many of these fish graze the algae. When we overfish a reef, the algae can grow unchecked. Ungrazed algae release more sugars (dissolved organic carbon, or DOC). DOC feeds the microbes that kill the corals. Other stresses, such as increased water temperature, make corals more susceptible to disease.

Therefore, our core hypothesis is that overfishing fuels more microbes. To test this hypothesis, the three research teams will measure the amount of energy used by each of the three major contingents on the reef: the microbes, the benthics (algae and corals), and the fish.

Specifically, the Microbe Team will measure:

We expect that there will be more microbes on the reefs degraded by fishing and other human impacts, and also that these DOC-fueled microbes will be growing faster (as indicated by their higher rates of respiration and reproduction).