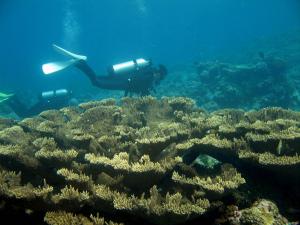 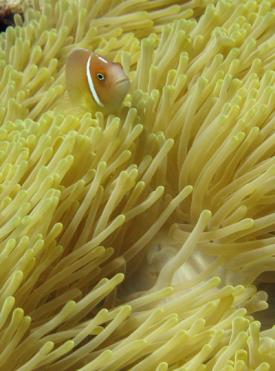 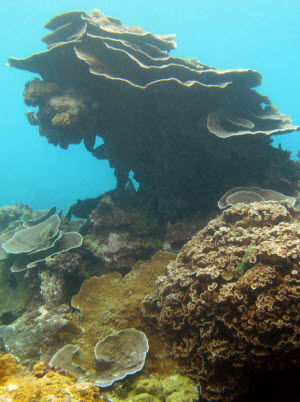 There are almost no pristine/nearly pristine coral reefs in the world. Former reefs full of sharks, large fishes, sea turtles, and healthy corals are all but gone. Impacts such as chronic over-fishing, pollution, climate change, and disease have deteriorated reefs. One of the major problems for the conservation of coral reefs is that we seldom have ecological baselines against which to compare present reefs. Such quantitative baselines can reveal the ecological characteristics that have been lost and potentially can guide us toward strategies to restore degraded reefs. To supply the ecological baseline, researchers from Scripps Institution of Oceanography (SIO) and San Diego State University (SDSU) are conducting a thorough study of some of the most pristine coral reefs remaining on our planet. In addition, these researchers along with other coral reef ecologists, will be sampling inhabited and impacted islands in order to quantify the effects of human disturbance on coral reef ecosystems.

For the past 5 years, SDSU and SIO have been collaborating on work taking place across the Line Islands and other regions of the central Pacific to describe the diversity and structure of the reef communities, sampling all major taxonomic groups, including the microbes, algae, corals, other invertebrates, and fish. The current expedition will build on previous work by both SIO and SDSU in an effort to explore the productivity and functioning of these pristine systems, revisiting prior hypotheses about the mechanisms that shape coral reefs. Special attention will be paid to the potential impacts of fishing, climate change, and ocean acidification on the delicate balance at play in these systems. This survey will offer a unique view into the groups of organisms that are lost, the species interactions that are altered, and the trophic dynamics that are changed as humans disturb coral reefs. This study will be the first to control for biogeographic differences among sites, to include broad taxonomic sampling, and to include pristine/nearly pristine reef sites in the analyses of human impacts on coral reefs.

WHY DO WE NEED TO STUDY REMOTE REEFS?